I just got out of the shower. After drying my ears with the white hotel towel, I looked down to see some green and purple. Normally I would be alarmed by this, but instead I’m just in awe that I still had color on me from Sunday (it is now Tuesday). Hopefully that is is the last of it, but I am impressed that there is any left after my intense scrubbing Sunday afternoon after returning from the colorful streets of Pokhara.
I and my yoga classmates are lucky enough to have our course fall in March, when this area of Nepal celebrates the festival of Holi. Holi, as it was explained to us, is a celebration of spring and fertility as well as a triumph over evil, increasing the positive energy in the self and the community. People fill the streets with colorful bags of powder and super soakers and water balloons filled with colored water. Tourists, locals, young and old walk around throwing and smearing color on each other with yells of ‘Happy Holi!’ Streets are closed off for colorful dance parties, where clouds of color hang in the air. 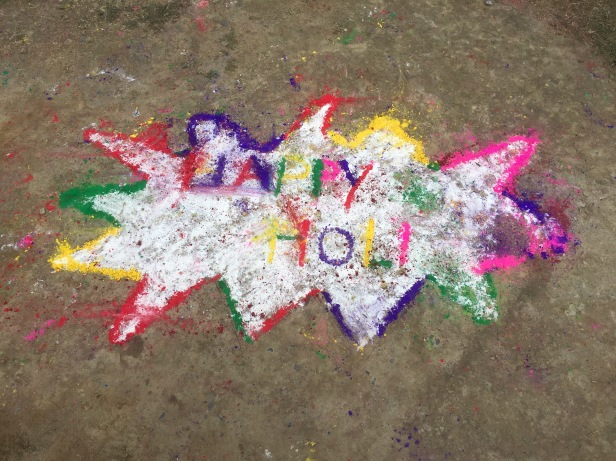 As a tourist, occasionally one will get stuck walking through a narrow area filled with exuberant young adults with handfuls of powder. Layer upon layer of color are caked on, and one can go from multi-colored to just red in an instant from a handful of perfumed dust wiped over your face (or side of the head, hence how my ears got filled). The atmosphere was very jolly and fun, but after a few hours of walking and a bit of dancing, I was happy enough to go back to my room and scrub off. After such a deep clean, I definitely felt positive and purified, but I guess I missed some in my ears. I’m so glad the dye came out of my hair, though sporting a rainbow on my head for the next few weeks could have been fun. 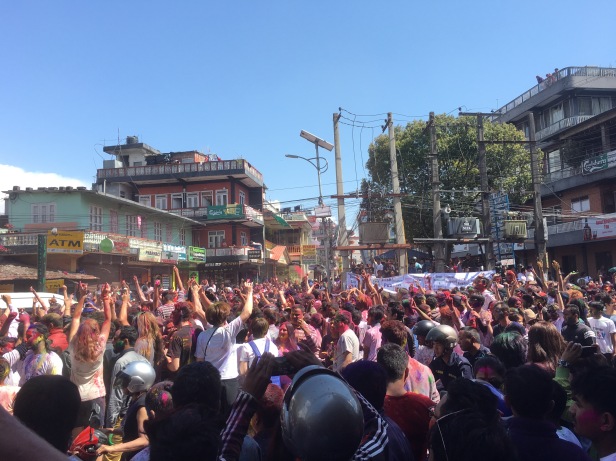 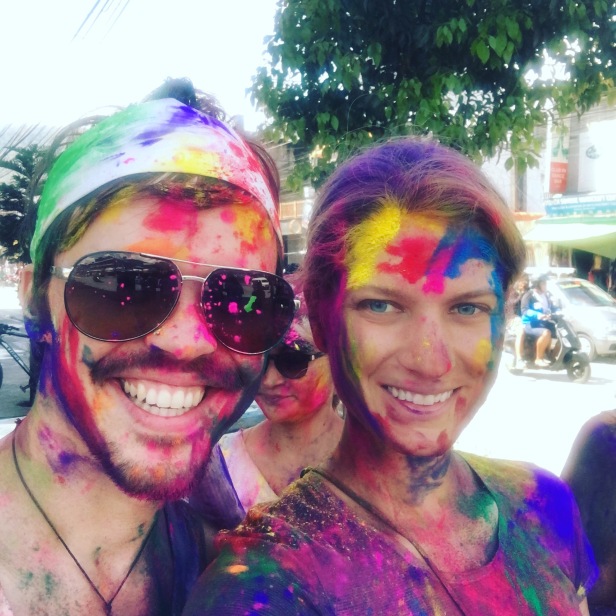 I should go back a bit and explain what I mean by yoga classmates: I have recently embarked on a 200 hour yoga teacher certification here in Pokhara. The school that is providing it is based out of Rishikesh, India, which is the unofficial yoga capital of the world. They have this satellite school in Nepal to be accessible to people who have visa troubles getting into India (that they don’t have getting into Nepal). Their site is here: Rishikul Yogashala

They chose Pokhara as the place because of the wonderful surroundings. The city is situated by a lake, and on clear days the Annapurna range is visible just by looking up. It really is a spectacular location, but I have to laugh as I went from an incredibly non-touristy spot in Nepal to the epicenter of tourism: Lakeside Pokhara.

In this situation, I have become aware of how much I actually do know about some of the different customs and my limited Nepali language skills are much more than the average tourist’s. I have shared more than a few smiles and received extended answers (that I don’t understand) when I ask how shopkeepers are doing in Nepali. I reply with my ‘ma aliali Nepali bolchu’ phrase ‘I only know a little Nepali!’ and we both laugh when they switch to their much better English. The laugh is what I was going for anyways.

Our class is about a month long. Days start at 5:30 with tea. Then we have and hour and a half class of Hatha yoga followed by pranayama (intense breathing excercises). Then comes breakfast, which is usually simple with fruits, toast, oatmeal or muesli, yogurt, and sometimes (when we are lucky) eggs. Then we have class on yoga philosophy and mantras or practicum until lunch. Lunch is rice with veggie curry, and some more vegetables. 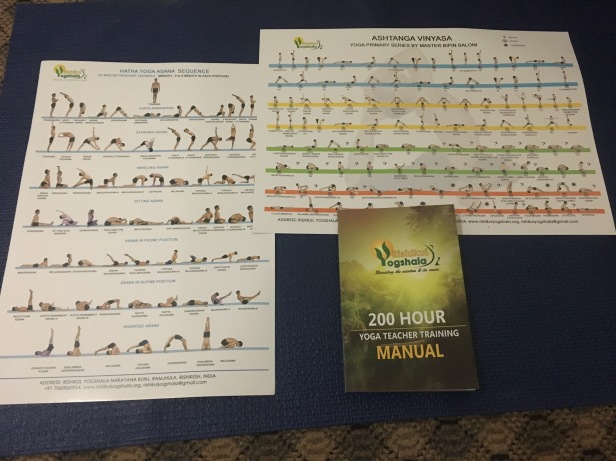 After lunch we have about an hour and a half break. Then it is class on important things like safety, adjustments, or alignment. This is followed by Ashtanga Vinyaysa class, which is best described as fast paced, very athletic yoga. Traditionally it follows a specific sequence, which we are learning, as well as doing crazy calisthenics to build strength and flexibility (or just punish us, I’m not sure judging by the playful glint in our instructor’s eyes). It is sort of like doing an ancient choreographed dance, and during the flow the energy in the room is high and focused.

After that is meditation. I have been enjoying meditation much more than I would have thought. We have used a variety of different tools including candle gazing, Om chanting, incense, chocolate (probably the most enjoyable), music, and others: ways to focus the brain on just one thing. It is surprising how fast 45 minutes can pass.

Then dinner at 7:30, which is like lunch, except there is usually a yogurt or pudding for dessert and sometimes some roti to go with the rice and curry and veggies. After dinner people generally head back to their rooms – 5:30 comes early).

Even with such a busy schedule we do have Sundays completely off to rest and Wednesdays mostly off (it is handy that Holi was on a Sunday). Between most of the classes tea is provided and rotates between green and variety of herbal teas. So. Much. Tea.

My classmates are a wonderful mixture of people from all over the world. We have folks from the Netherlands, Germany, Italy, Denmark, Poland, Columbia, the USA, and Australia. Everyone brings an aura of positivity and inclusion, and conversations are on books and ideas rather than gossip. Our instructors are from various parts of India, and bring with them years of experience. They are incredibly skilled and can do some cool stuff when showing us the asanas! While they are intense during class, they are fun loving fellows when they’re off.

Or course, asanas are only a small part of yoga. Our other instructor, who teachers pranayama and philosophy, lived in a cave in the mountains for a while. He lost some hearing in one of his ears through intense pranayama and meditation, but seems happy about the trade off for what he gained through his practice. He was also given the name Prana-ji. Prana means ‘life force’, and I’m fairly certain he can see into your soul. When he’s not doing that, he will occasionally burst out with a big ‘Wonderful!’ and a chuckle.

In our practicum classes we have learned basic mobility for joints. I find that each one we focus on for the day is tight on me, so my list of things to work on is already long! I have learned so much already and am excited to see where this goes. I feel blessed to have so many wonderful people taking this journey with me. 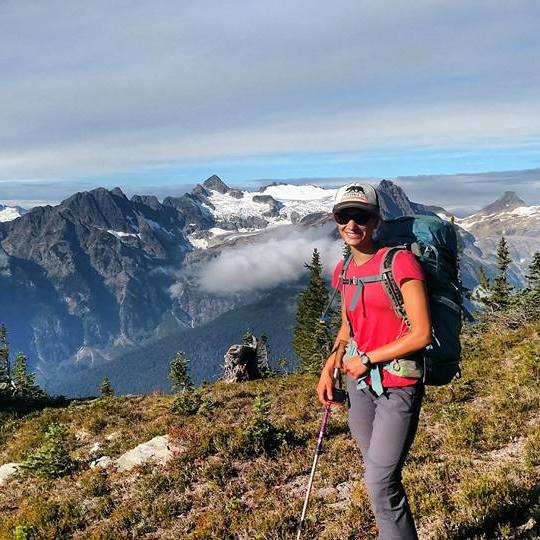